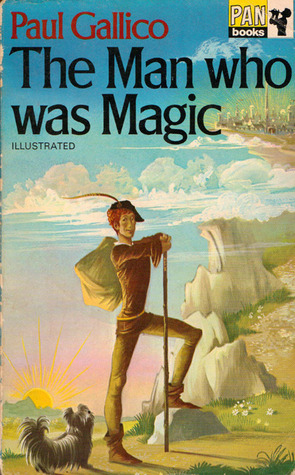 Author: Paul Gallico. Summary: A stranger comes to the city of Mageia and challenges its inhabitants with a new kind of magic – a magic that restores innocence and faith. My Thoughts: The Man Who was Magic is a pretty little fable, a little too straight-forward and moralistic to my tastes. Adam is a sweetly naive young magician who assumes only the best of everyone, but still navigates his time in a city of hostile pseudo-magicians without hurt. He befriends a little girl, teaches her the secrets of his magic, shocks the entire city with his dramatic final display, and vanishes from the city before he can be mobbed. The “lessons” that magic is all around us in nature and ourselves, and that the imagination is a powerful tool when well-exercised, seem awfully moralistic as I said; although I don’t disagree with them, to be sure. Content Review: Sexual Content: None. Language: None. Violence: Magician sends ants and wasps to sting and drive off a boy spying on him. One character is found dead of a broken neck – which happened presumably during a mob panic that happened directly before.