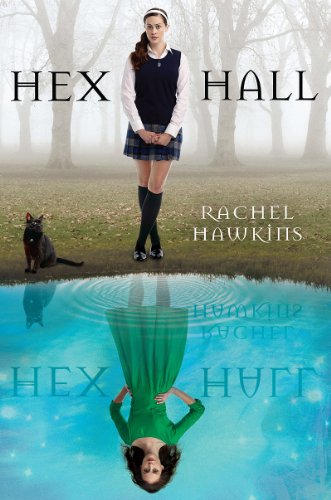 Hex Hall #1. Author: Rachel Hawkins. Summary: Three years ago, Sophie Mercer discovered that she was a witch. It’s gotten her into a few scrapes. Her non-gifted mother has been as supportive as possible, consulting Sophie’s estranged father—an elusive European warlock—only when necessary. But when Sophie attracts too much human attention for a prom-night spell gone horribly wrong, it’s her dad who decides her punishment: exile to Hex Hall, an isolated reform school for wayward Prodigium, a.k.a. witches, faeries, and shapeshifters. (Published summary) My Thoughts: Bland. Pretty boring. I may be spoiled by all the epic fantasy I read, but I just wasn’t drawn into the story-world; there’s no particular world-building and the characters seem petty and dull. I do think it’s all right to use a pre-existing set up, like basic werewolves and vampires, without any extra worldbuilding, so that you can jump straight into your story and focus on the action without explaining anything; or even just because you like that world. It does run more risk of being boring, though, especially when the action focuses around a strange on-off romance/attraction and a ghostly grandmother whom we all (except the main character) know is up to no good….