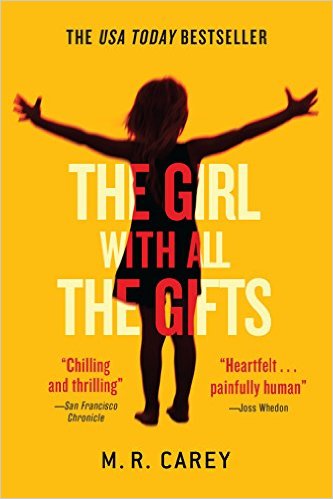 Author: M. R. Carey. Summary: Melanie is a very special girl. Dr. Caldwell calls her “our little genius.” Every morning, Melanie waits in her cell to be collected for class. When they come for her, Sergeant Parks keeps his gun pointing at her while two of his people strap her into the wheelchair. She thinks they don’t like her. She jokes that she won’t bite, but they don’t laugh. Melanie loves school. She loves learning about spelling and sums and the world outside the classroom and the children’s cells. She tells her favorite teacher all the things she’ll do when she grows up. Melanie doesn’t know why this makes Miss Justineau look sad. Content Review: Sexual content: One soldier to another: “Maybe pick a fight with someone or get laid”. A man internally thinking about how life has it in for him, thinks that the “first girl who ever let him roll her” gave him a disease, the second became pregnant and he abandoned her before realizing the depth of his feelings. Character (man) is too exhausted to fantasize about the glimpse he caught of a woman partly clothed. Scavenging for food, a soldier finds a shelf of pornographic magazines….